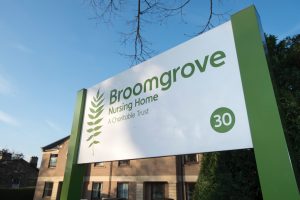 The Christmas period is awash with well meaning ads encouraging people to invite an elderly person around for a meal in the fight against loneliness.

Few of us are immune from the anxiety that can set in when we think about our own aging.

Who will care for us in later life? Who will ensure we’re safe and still feeling loved?

The questions take on a particular significance for someone like me – someone that doesn’t have any children.

The norms of society once dictated that – for those with children – generations go full circle in later life and the youngsters that once depended on parents for everything will one day return the favour.

But there has been a profound social shift in recent decades.

In the fifties and sixties it was given that the women would be the stay at home parent.

In more recent years women have moved en masse into the workplace following a very positive shift in attitudes.

A whole new industry has developed around childcare, childminders and after school clubs to accommodate the changing roles as caring capacity within individual families has changed.

State provision for older people has grown, but remains limited. The system still relies heavily on the informal care being done by family members, an estimated 7.6 billion hours per year.

Yet numbers of elderly people without relatives is set to grow as the proportion of women not having children has increased from one in nine to one in five.

It has been estimated that by 2030 there will be more than a million adults aged 65-74 without children.

The transient nature of modern life means many children are just not living close enough to parents to help.

Age UK estimates that there are now more than a million older people who struggle obtaining help with even the most basic tasks like getting out of bed, preparing and eating meals and going to the toilet.

Many elderly people are left isolated – spending the last days of their lives in hospital as funding can’t be found for a care home.

The Government needs to address where the responsibilities of the state and families start and stop in the 21st century.

The state can’t provide love and friendship, but it can and should provide and fund a basic standard of personal care for an elderly generation that has paid into the NHS all their lives.

An old person is for the remainder of their life, not just for Christmas.

The care Mum is receiving is very good and we have NO qualms about the standard of care she is offered and we understand how difficult it can be dealing with the elderly who have memory change!

My Father has been with Broomgrove for the last two years and he has received excellent care and attention from the staff who are always friendly, attentive and kind. I am more than happy to recommend the home and the excellent work of all the staff at Broomgrove to anyone considering the option of a care home for their parents or elderly relatives.