As a society we’re bombarded with messages that demonize the obese and wax lyrical when a celebrity has successfully lost pounds on a crash diet.

But many forget the tables are turned in old age and any sudden weight loss can regularly signal a serious health issues that needs urgent attention.

That’s not to mean being thinner in old age is not natural – older people are not as active so they don’t need the calorie intake of someone that is younger and more agile but it’s a balancing act that needs close monitoring.

As a society – far more needs to be done to ensure the nutritional health of the older generation.

Official figures show a tripling in the number of elderly patients admitted to hospital suffering from malnutrition. 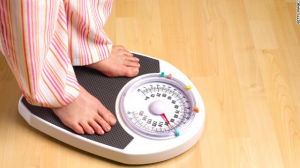 As well as the lack of a regularly available hot meal – this situation also brings about yet more feelings of isolation and loneliness as the lunchtime knock at the door is no longer there.

The Department of Health state clearer that getting thinner is not a normal part of the aging process.

Experts from Health and Social Care warn that losing weight could be an early sign of malnutrition or other serious conditions, such as cancer, dementia or liver disease.

Symptoms of malnutrition to look out for include tiredness, low energy levels, dizziness and repeated infections.

A staggering one in ten people over the age of 65 are thought to be malnourished. Other major contributing factors to loss of appetite in the elderly are loneliness and bereavement.

Many older people find it hard to stand or carry objects, making preparing meals ever more difficult. So many elderly people suffer in silence – it’s a case of ‘out of sight, out of mind’.

So how can we help? If you have an elderly relative or neighbour, keep an eye out for them. Offer to help with shopping, or preparing meals or invite them round for a meal.

If you have an elderly neighbour and regularly cook for the family why not cook an extra portion each time? It could mean a world of difference.

Contact the elderly is a charity that help ensure elderly people get a hot nutritious meal every day. For more information go to contact-the-elderly.org.uk or ring 0800 716543